New York style pizza has become an icon in the world of pizza. New York pizza has quickly spread throughout the U.S. and even to other parts of the world. New York pizzas have quickly became a favorite for many people. Mr. Pizza would like to break down what makes a New York pizza and a bit of the history of this iconic pizza style.

What Makes NY Pizza So Good?

A New York style pizza is made with a large and thin hand tossed crust topped with a tomato sauce and mozzarella cheese. Each cut promises a large and wide slice that most people will fold in half while eating it. The crust will remain crispy with each bite. You may be thinking it sounds much like a regular pizza. However its flavor sets the New York pizza apart from all other pizzas. New York pizza uses a heavily seasoned tomato sauce. A New York pizza sauce contains crushed red peppers, olive oil, garlic, basil, oregano, salt and sugar. Along with a tasty tomato sauce, a New York pizza is topped with a low-moisture mozzarella as its primary cheese. However, variations of the New York pizza will have a combination of different cheeses such as ricotta or Parmesan cheese. Most traditional New York pizzas use just cheese, However, you can add toppings. Most restaurants will provide an array of different toppings from meat to vegetables, and other cheeses.

The beginning of the pizza in the U.S. occurred in the first pizzeria back in the early 20th century. One of the best, well known and probably the first pizzeria that first began the earlier version of the New York-style pizza, was Lombardi’s. They made the first New York-style pizza back in 1905 and used to sell them by the slice for a nickel. One of the employees from Lombardi’s, a man named Antonio Totonno Pero used the knowledge he learned from Lombardi’s and opened his own open pizzeria on Coney Island. Both Antonio and Lambardi used a coal fired oven when baking their pizzas. Shortly thereafter, Patsy’s joined the craze in 1933 and the three of these restaurants would make and evolve the New York pizza. There are many restaurants or pizzerias today that have stayed true to the New York pizza recipe, flavor and design to hold true to this amazing style pizza. As the New York pizza is most prominent in New York, the New York style pizza can now be found all over the U.S and the even made in other parts of the world. You do not need to travel to New York to try your first New York style pizza. 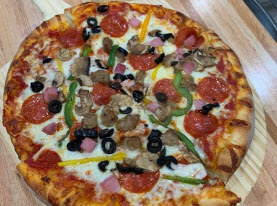 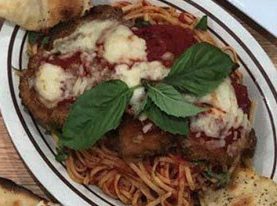 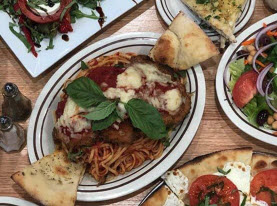